The beginning of the Industrial Revolution in England in the late 18th century brought upheaval to the Alpine region. Viewed as threatening and eerie until the late modern era, the Alps were being discovered as an attractive destination for tourists and mountaineers. Initially Switzerland was most popular among mountaineers.

Etymology
The “Pale Mountains”, as the Dolomites are also known, did not gain popularity among mountaineers until several decades later. In the early stages of this development it was scientists who became interested in this region. French researcher Deodat de Dolomieu (1750 – 1801) went on several excursions to the Tyrol mountains around the year of 1790. He described these seemingly familiar calcareous rocks as non-calcitic minerals. Chemical examinations confirmed his suspicions. Initially only a handful of English-speaking mineralogists used the term “Dolomites” in their papers. This changed as soon as the first, English mountaineers and tourists arrived. J. Gilbert and G.C. In 1864 George Cheetham Churchill published his book “The Dolomite Mountains” in London. In it Gilbert and Churchill describe in great detail the excursions on which they went in Tyrol, Kaernten, the Carnic Alps, and Friuli. The term “Dolomites” was used for the first time to refer to this entire region. Renowned geologists at that time rejected the term. After the First World War, however, this term was widely used in general speech but also in science.

Important first ascents
The second half of the 19th century saw important peak victories in the Dolomites. Irish natural scientist and mountaineer John Ball climbed Monte Pelmo (3168 m) in 1857. This was the first ascent of a mountain in the Dolomites by a tourist. Vienna-born Paul Grohmann went on a few important first ascents with a local guide. These took him to Marmolata (1864), the Langkofel (1869) or the Grosse Zinne (1869). In the Dolomites of Prags (Braies) it was Viktor Wolf Edler von Glanvell who, with a combination of careful planning, a great sense of direction, and the courage to go on an adventure, discovered new ascents and actually used these routes himself. 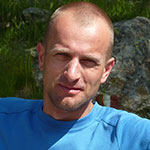